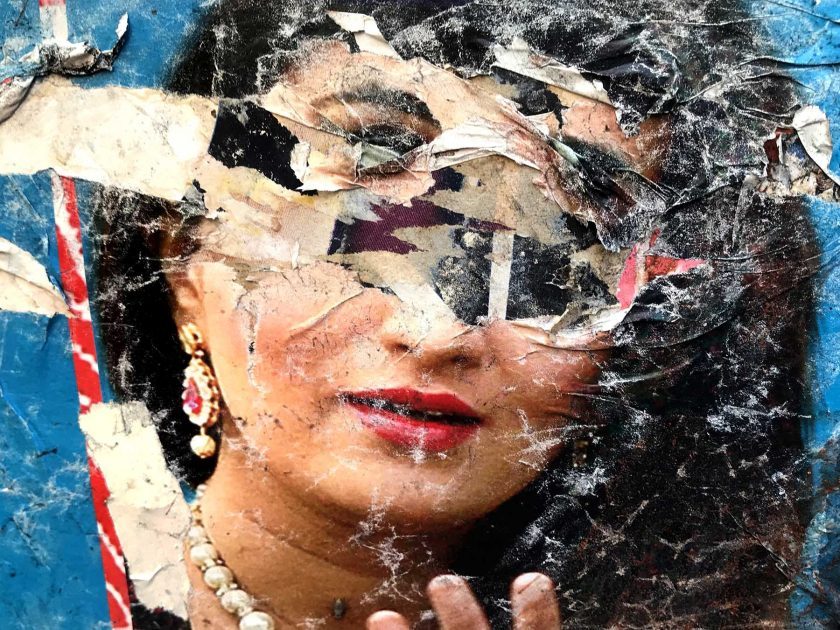 About Face, investigates notions of survival and ageing/fragility and mortality as well as visual folklore — what happens when a narrative mutates and is passed down by a succession of storytellers. The first generation produces the idealized scenario; actors are assembled and an emblematic version of the story is manufactured. The second iteration involves the distribution of these constructed images that propel the story ideas into public spaces. The third adaptation — mine and influenced by the tenets of New Realism — describes how wear and tear, weather and circumstance combined with extracted details and a striking conversion in scale dramatically changes visual perception and emotive content.